The Smiler is a steel roller coaster that opened in Alton Towers in 2013. Codenamed Secret Weapon 7 (SW7) like other major or record-breaking Alton Towers roller coasters, the hype began as soon as it was announced. Previously in The Smiler's spot laid Black Hole, a Schwarzkopf Jet Star II roller coaster that took place in completely dark tent. Black Hole had been SBNO from 2005-2007 and the last bits were removed in 2012 to clear off space for The Smiler's construction.
The Smiler's first marketing used an Alton Towers minisite in which visitors could enter in their details to be updated on The Smiler's construction progress. Marketing became more intense as the construction progressed, first beginning with temporary spray paintings of the logo around the park, subliminal advertising on the Alton Towers website. At it's most intense, The Smiler's logo was all around the UK, such as on billboards, ticket barriers, and even projected onto Big Ben.
Initially, The Smiler was to open in March 2013, much like other Alton Towers coasters, however technical issues pushed this date back to May 31, 2013, which made it's opening very unique, and just so happened to fall on National Smile Day.

The Smiler is the world's first and world's only roller coaster with 14 inversions, smashing the previous record of 10 held by Colossus at Thorpe Park. The design of The Smiler is also impeccable considering that Alton Towers was space restricted and is still restricted to tree height to this day. Through the block system, The Smiler is allowed up to 5 trains of 4 cars at once, however 4 or less are usually used. In the center of the ride is a giant, spider-like structure, called the Marmaliser. This ties in with the lore that will be mentioned later on. The Marmaliser has 5 legs, each consisting of a different mechanism to make you smile! You can find out what each arm's function is by reading the lore of The Smiler.

The Smiler's lore is a very indepth and long story, but I will simplify it here for a quick read.
The Smiler's story begins in Alton Towers' Scarefest maze, The Sanctuary. This maze is what first brought The Smiler's lore to life beginning in 2012 and consistently opening each Scarefest until 2014. In this experience, you discover the theory of marmalisation and get to experience live trials on patients right in front of you as well as interact with workers. The Sanctuary introduces The Ministry of Joy, which is a group headed by Dr. Kelman that created the concept of marmalisation about 50 years ago. During these times, marmalisation was not successful at all, often leading to disfigured and mutilated subjects, however in the 2012 maze it is revealed that new experiments were being conducted. At the beginning of the Sanctuary experience, Dr. Kelman appears via video feed at the beginning of the maze to explain the therapies behind marmalisation as well as reveal that the Ministry has had controversies and prior shutdowns before. Tying into the Sanctuary is the YouTube series uploaded by Alton Towers called Smile. Always. This video series consists of four parts documenting the first marmalised patient, Miles Cedars. Miles Cedars was only halfway marmalised but it still worked successfully in him. The success of Miles Cedars' marmalisation propelled the Ministry to spread joy to others. The 5 stages of marmalisation are as follows:
The Inoculator consists of large needles that inject the patient with a joy serum.
The Flasher blinds you with light to disorientate you.
The Giggler sprays you with laughing gas so you can't stop laughing.
The Tickler tickles you until you can't help but smile.
The Hypnotiser mesmerizes you with spinning discs to disrupt your self-awareness.
On the actual coaster, these may not all function as they are in the lore, such as the Inoculator, Giggler, and Tickler, but they all still integrate real features that will disorientate you and blur the line between fiction and reality. 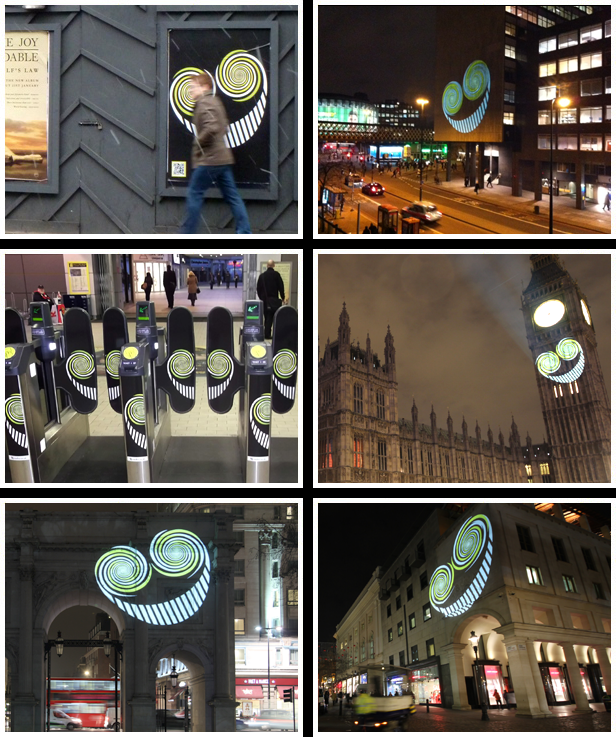 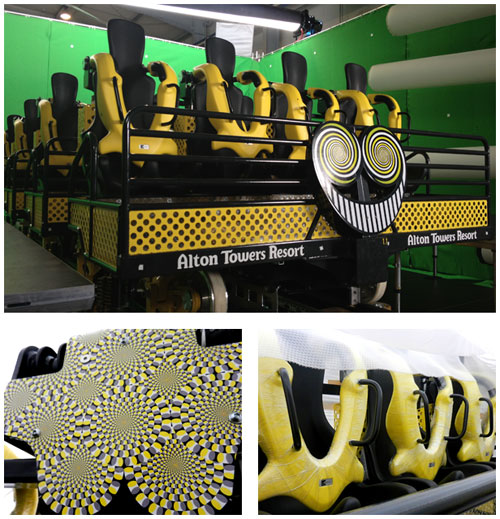 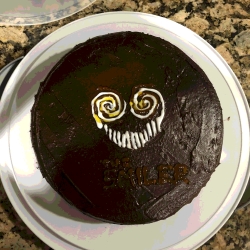 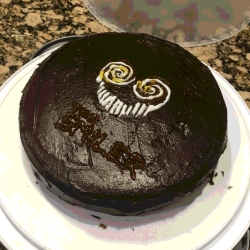